As we are now one foot in 2020, we can turn back and have a look at how previous years have been for the music scene in greater detail. A recent study by IMS Business showed that electronic music is the third most popular music genre in the world, estimated with 1.5 billion listeners. Survey of 19,000 consumers aged 16-64 in 18 countries; 32% revealed that typically they listen to electronic, dance and house music, ranking it way ahead of rap, R’n’B and hip hop music styles. Applying this to the global 16-64 y/o population would mean over 1.5bn people typically listen to Electronic Music.

However, the decline in nightclub venues is accelerating, with a number of high-profile closures around the world. The number of nightclubs in Great Britain fell by 21% in the 12 months to December 2018, compared to a 1% decline per year between 2013 and 2017. Several Electronic Music clubs have closed, including Output in New York, as well as Mint Club in Leeds, Oxford’s The Cellar and The Harley in Sheffield have all closed. Ghost Notes, Total Refreshment Center, The Alibi and Red Gallery, all in London, have also shut in the last 12 months. Drivers of the decline include attendance of fewer, bigger events, such as festivals; gentrification, property prices; health and wellbeing trends; social media and online dating. We all also know about Fabric’s very close step to be shut down too, luckily it did not happened!

But according to Festicket, there are also good news and changes spotted in the scene. Female Techno DJs dominated the festival circuit in 2018; Nina Kraviz played 2x as many as the leading band, 35 different festivals back in 2018. This made her the top-performing DJ and meant she played nearly twice as many festivals as the top-performing band in the world The Killers. Amelie Lens ranked 2nd with 27 festivals played – a huge rise from just 4 in 2017. Charlotte de Witte also made the top 5 at #4 with 24 festivals played in 2018. Another fact is that Nina, Amelie & Charlotte have grown their Instagram, YouTube & Spotify fanbases faster than the Top 5 DJs. But Charlotte did best, she has achieved the highest growth on all platforms, Instagram & YouTube growth was higher than #1 ranked DJ Marshmello.

And our online music shops can’t be forgotten either. Beatport‘s strong growth continued in 2018/19 with a 10% increase in unique users and a 17% rise in the number of tracks sold. Track sales grew 17% in the 12 months to Q1 2019, the third straight year of growth. Apple Music worldwide paid subscribers have reached 56m just 3.5 years since launch; USA subscriptions now higher than Spotify. In February 2019 paid subscribers in the USA overtook Spotify for the first time ($28m versus $26m). And last, but not least is Soundcloud. Subscription service for them helped revenue reach $100m in 2017; Tracks can now be distributed directly to Spotify, Apple Music, Amazon Music Unlimited & YouTube Music. Subscription grew 89%, driven by the launch of SoundCloud Go in March 2016. Most recent financial accounts show revenue reached €90m ($100m) in 2017, up 80% from 2016.

And of course, the grand cause is the music here. Techno is consistently the best-selling genre; Melodic House & Techno up to #5 just a year after launching. Overall Electronic Music industry value dipped 1% in 2018/19 to $7.2bn as a period of stabilization continued. Growth in 2018/19 came from the value of recorded music, festivals and hardware & software. This was offset by a decrease in the value of clubs, and earnings of DJs & artists. Overall the global industry continues to mature and stabilize, luckily (!). Global recorded music revenues grew by 9.7% in 2018, driven by streaming, and all geographies except Europe. The dance share of recorded music fell significantly in the USA & UK in 2018 but rebounded in Germany & Canada.

Overall, these past years have been like a rollercoaster for electronic music industry. Starting in the underground, it came as loud as ‘overground’ covering the entire globe, from kids to elderly people. With emotions and issues happening in the world, not even related to dance music, I can’t wait to see what we will have in the next 2 years. Let’s all support each other more, let’s love what we do, do it for yourself, not for somebody else and good things should remain.

The full article can be found here with more diagrams, also covering a few more topics. 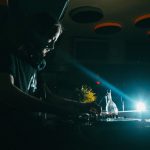 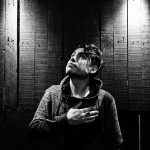 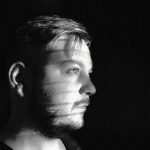 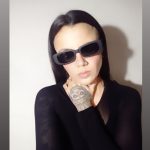